ZIV has explained the objectives an results obtained in the Spanish demonstrator, mainly focused on monitoring and control of LV network. The demo has been carried out in Bilbao area (North of Spain) in a distribution grid operated by Iberdrola Distribución (+ read more)

The expectations regarding PRIME based functionalities have been achieved successfully.

The key result is the improvement of PLC PRIME-based communications. Being the outputs a set of tools and developments. 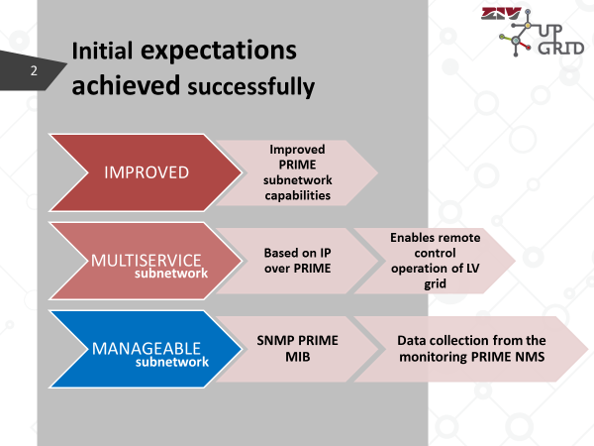 The work was divided into two lines: First a multiservice PRIME network is enabled, deploying applications such as remote-control over PRIME. Second, a Manageable PRIME network was built increasing its monitoring capabilities. 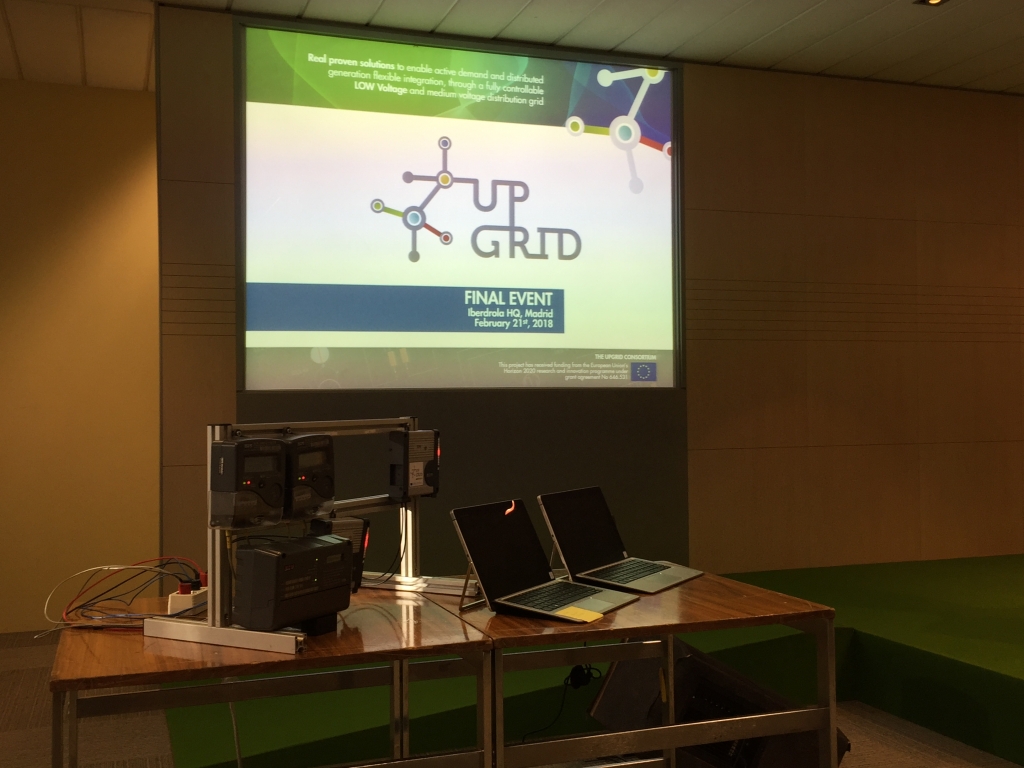 The UPGRID project started in the beginning of 2015 under the H2020 program and has been developed by a European consortium, composed of 19 partners from 7 European countries: Spain, Portugal, Poland, Sweden, United Kingdom, France and Norway.

The project included 4 demonstrators deployed from April 2015 to June 2017 at Bilbao area in the North of Spain, Parque das Nações in Lisbon (Portugal), Åmål in Dalsland in the South of Sweden, and Gdynia in Pomeranian Region (Poland).

This website uses cookies to improve your experience while you navigate through the website. Out of these cookies, the cookies that are categorized as necessary are stored on your browser as they are essential for the working of basic functionalities of the website. We also use third-party cookies that help us analyze and understand how you use this website. These cookies will be stored in your browser only with your consent. You also have the option to opt-out of these cookies. But opting out of some of these cookies may have an effect on your browsing experience.
Necessary Always Enabled
Necessary cookies are absolutely essential for the website to function properly. This category only includes cookies that ensures basic functionalities and security features of the website. These cookies do not store any personal information.
Non-necessary
Any cookies that may not be particularly necessary for the website to function and is used specifically to collect user personal data via analytics, ads, other embedded contents are termed as non-necessary cookies. It is mandatory to procure user consent prior to running these cookies on your website.
SAVE & ACCEPT